A Journey through the Monetary Cyber World 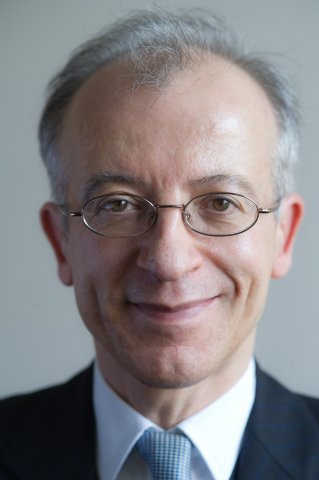 The author aims to guide the reader through the swift evolution in the concept of digital money since early 2009, when Bitcoin was launched with the project, still not implemented, to replace legal tender. Stablecoins, have emerged more recently, and aim to remedy the shortcomings in the first generation of crypto-assets. However, they carry many risks. Meanwhile, central banks are considering whether to launch a digital currency and are in some cases preparing for it.

In order to guide the reader through the swift evolution in the concept of digital money since early 2009, three stages are distinguished. In the first one, which started in early 2009, the launch of Bitcoin triggers a blossoming of crypto-assets in its wake. Tether, launched in 2014, ushered in the stage of stablecoins. The third stage is starting, with central banks considering whether to launch a central bank digital currency (CBDC) and is some cases preparing for it.

The table below summarises the main potential benefits and risks of crypto-assets, also drawing on Pfister (2020a).

First stage: Crypto-assets in search of a myth

By early-September 2020, there were more than 6,700 crypto-assets, with a total capitalisation of around EUR 268 billion (source: CoinMarketCap). However, Bitcoin accounted for close to 59% of this total, compared with some 12% for Ethereum, slightly over 4% for Tether, and around 4% for Ripple. For this reason, and because from the outset it aimed to play a monetary role (Nakamoto, 2008), the focus here is on Bitcoin.

The three main characteristics of Bitcoin, also shared by many of the other crypto-assets, are as follows:

Bitcoin and the other first-generation crypto-assets are essentially used for three purposes: speculative investments; carrying out payment transactions under a pseudonym, which helps to protect privacy but also facilitates the financing of illicit activities; and transfers of funds abroad.

Overall, Bitcoin only very partially fulfils the three functions of money. It is not a unit of account (it is rarely if ever used to price goods and services). Nor is it a payment instrument (very few purchases of goods and services are settled in bitcoins), or a store of value (its exchange rate against other currencies, and hence its value in terms of goods and services, is too volatile).

While the idea that Bitcoin or other crypto-assets might become a decentralised fiduciary currency is thus a myth, the use of the underlying technology (DLT or blockchain) to issue financial assets in the form of tokens appears more promising. To date, two possible extensions of the use of DLT have emerged:

Second stage: Stablecoins as a desire to reconcile crypto-assets with legal tender

Stablecoins first emerged in 2014. They are designed to maintain a stable price vis-à-vis a benchmark, which is most often the US dollar. Offering users the benefit of a stable environment while enabling them to remain in the “crypto universe”, stablecoins seem to offer “a brave new world” (Melachrinos and Pfister, 2020). Nonetheless, as at early-September 2020, the Stelareum website lists only nine stablecoins for a total market capitalisation of around EUR 14 billion or just over 5% of the capitalisation of all crypto-assets. Moreover, Tether (USDT), a stablecoin referenced on the dollar, accounts for more than four-fifths of the total amount.

Stablecoins in fact have a number of disadvantages (Melachrinos and Pfister, 2020):

At present, therefore, despite its differences vis-à-vis first-generation crypto-assets, the market for stablecoins is merely an appendix to that of other crypto-assets, starting with Bitcoin. However, this status of stablecoins could change with the arrival of global stablecoins (GSCs) issued by very large players. The problem is that this would also potentially give the projects a systemic footprint (G7, 2019).

Two main categories of GSCs (wholesale and retail) can be distinguished (Melachrinos and Pfister, 2020):

More than the historical crypto-assets, GSCs could encourage the greater use of blockchain technology to reduce frictions in cross-border payments and contribute to financial inclusion in emerging countries. These projects nonetheless pose significant risks to monetary policy and financial stability, many of which are akin to those caused by dollarization:

Should central banks also offer their own digital payment instruments, in addition to banknotes, which are physical, and to the reserves banks hold on accounts with them, which have long been digitized, as they are already considering, notably in China (Pfister, 2020a)?

A prerequisite for issuing a CBDC would be that it is especially resilient, thus non-vulnerable to cyber-attacks, as it would offer a “single point of failure” and a successful attack would put the economy at risk, also damaging the reputation of the central bank.

The reasons for issuing a CBDC may differ depending on the country:

How could the distribution of a CBDC be organised?

Whatever the case, the issuance of a CBDC would raise a number of practical questions:

Above all, how would a CBDC affect the core missions of a central bank?

Despite these difficult questions, central banks representing a fifth of the world’s population say they are likely to issue the first CBDCs in the next few years (Boar et al., 2020).

1.   ↑   This Policy Brief is based on the author’s article in the Banque de France Bulletin (Pfister, 2020b) . The views expressed are his and not those of the Banque de France, the Eurosystem, Paris 1 Panthéon-Sorbonne or Sciences Po.
2.   ↑   An updated version of the Libra White Paper was published on 16 April 2020.